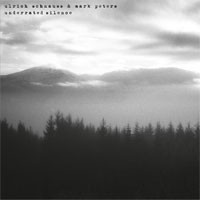 The music: synthesizer, piano, guitar and drum computer, a reduced, yet bacchanal instrumental combination of ambient, electronica and shoegaze sounds. Transporting the sound of shoegazer aesthetics into an electronic context, this is how Ulrich Schnauss once described his artistic goal. Influenced by bands such as My Bloody Valentine, Slowdive, Cocteau Twins and Chapterhouse on the one hand, yet wholly at ease with the electronica of bands like The Orb, Bionaut, Orbital, 808 State and unequivocally appreciative of veterans of the genre, Tangerine Dream or Manuel Gottsching for example. A brother in spirit of Robin Guthrie one might say, an apposite epithet for Schnauss. His collaborative partner Mark Peters might also be considered his soul brother. Through his band, Engineers, he has similarly found success in following the footsteps of his musical paragons. Engineers have released wonderful albums of dream pop, infused with the same spirit as the solo efforts of Schnauss.