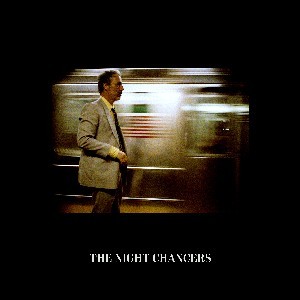 From thrilling affairs that dissolve into sweaty desperation (Night Chancers) to the absurd bloggers, fruitlessly clinging to the fag ends of the fashion set (Sleep People), via soiled real life (Slum Lord) social media – enabled stalkers (I’m not Your Dog) and new day, sleep – deprived optimism (Daylight), the record’s finely drawn vignettes, are all based on the corners of world Dury has visited.

Baxter says “Night Chancers is about being caught out in your attempt at being free”, it’s about someone leaving a hotel room at three in the morning. You’re in a posh room with big Roman taps and all that, but after they go suddenly all you can hear is the taps dripping, and all you can see the debris of the night is around you. Then suddenly a massive party erupts, in the room next door. This happened to me and all I  Could hear was the night chancer, the hotel ravers”.

Laura says: Over a pulsing beat, Baxter drawls "I’m not your fucking friend” and with that the tone is set for his sixth album, ‘The Night Chancers’. Since his gently psychedelic Velvets tinged debut, ‘Len Parrot’s Memorial Lift’ back in 2002, Baxter has been gradually honing his style and here amongst the shady, louche characters of ‘The Night Chancers’ he’s hit his stride. His nonchalant downbeat delivery is engaging throughout, as he tells their wayward tales and is countered perfectly by female vocals that at times echo and at others act as a kind of opposing view to his narrative. The whole album is driven by slow-mo beats, languid, meandering basslines and lush strings that create a perfect noir-ish backdrop to the lugubrious tales. You can almost smell the cigarette smoke and cheap aftershave as the neon reflects on the rain soaked pavements.