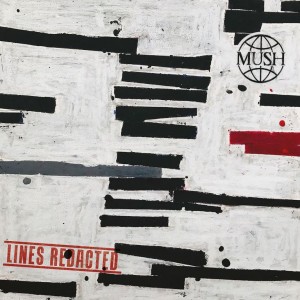 Whereas the band’s debut was very much a product of its time, something part-inspired by the political atmosphere of mid-2019 and a genuine moment of optimism when the prospect of a socialist government in the UK was on the cards, this new record uses tongue-in-cheek cynicism as a coping mechanism for the environment that we now find ourselves in. From one song to the next, Lines Redacted introduces a string of different narrators with each providing a different reflection on the Armageddon scenario that we are slowly entering, whether that’s bemoaning it or gleefully willing it along. 3D Routine presented a bed of scathing political jibes latching onto themes and decisions of the time. Lines Redacted mutates these ideas into something slightly more sinister whilst maintaining all of Hyndman’s razor-sharp wit that permeates the album.