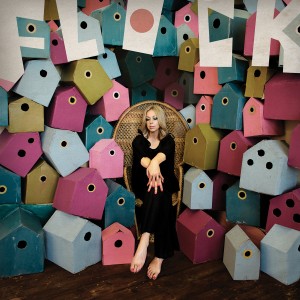 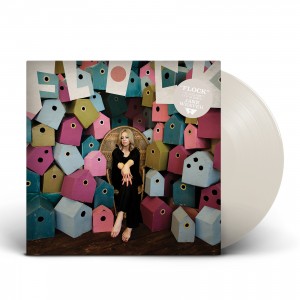 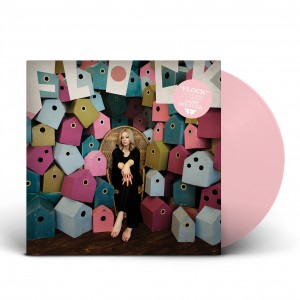 One of the North-West’s finest exponents of otherworldly pop has landed back on earth with an album of shimmering space age bliss. Elements of disco, new wave and krautrock are undoubtedly present in Flock, but Jane never relies on genre tropes to carry her work. Instead, she harnesses familiar rhythmic devices and choices of instrumentation in her own distinctive way. And while comparisons could be drawn between Jane and contemporaries like Vanishing Twin and Gwenno, she has undeniably staked out her own domain within the realm of off-kilter synth pop.

Throughout Flock Jane demonstrates her delicate vocal agility over a series of hypnotic loops and clever synthesis. The lazy disco strut of “The Revolution Of Super Visions” sets up a jangling interplay between Jane’s sweetly sung declamations, new wave style guitar interjections and Cowley-esque synth squelch. While “Modern Reputation” is propelled forwards by a Broadcast style motorik rhythm with electronics whirring in the background and mantra-like vocal loops swirling in a strange ecstasy.

In the title track Jane’s gauzy vocals reverberate over the ebb and flow of a loose knit groove, while in “Sunset Dreams” ornate guitar riffs weave in amongst a haze of twinkling chimes and fizzing sawtooth synthesis. The album culminates in a moment of escapist pop euphoria with final track “Solarised”, laden with cascading arps and irresistible vocal hooks. Once again Jane has succeeded in creating something playful, fresh and unpretentious which is in equal parts a fun and intelligent listen. All hail the cosmic synth queen!

Barry says: This new outing from Jane Weaver sees Jane and co skirting the outer reaches of Disco, Synth-pop and ambient to stunning effect, rich with hooks but unmeasurably deep, it's one that will reveal more and more with each listen. Unsurprisingly superb.