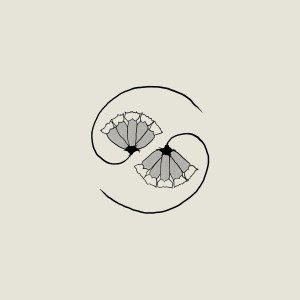 It's almost as if after naysaying for 25 years, GY!BE have proven that the car is indeed on fire, and resolutely driverless, resulting in one of their most unhurried and jubilant offerings yet. There are moments of spine-tingling beauty, coated in a lacquer of hazy field recordings and snappy militaristic percussion.

As with a lot of their releases (including my “favourite album in the world ever”, Lift Yr Skinny Fists….), the pieces here are crafted from a number of sections and listed in parts, leading to a cohesive and developmental audio narrative, lurching from shadowy glitched shortwave radio noise to crashing waves of orchestral chaos. There are very few moments where you aren't overcome with emotion, it's as bold and as beautiful as anything they've ever done, and has rare moments of true joy. An unendingly superb outing, and a brilliant return for one of the greatest bands around.

Barry says: There’s a lot to be stressed about isn’t there? The ongoing climate crisis, an unprecedented pandemic and a worrying spate of governmental and social trends all coalescing into a time of undeniable reflection. It seems like GYBE would fit right in then, with cars on fire (and the lack of drivers therein) and the suchlike being canonically, their bag.

It might come as a surprise then, that while the classic themes of corruption, capitalism and greed are sewn into the fabric of this Canadian dectet, the accompanying music in this case is (to these ears), wilfully jubilant.

You’ll have to bear with me on the track titles, because much like the actual titles of confirmed ‘Best Album In The World’ (Barry, 2000 - present), ‘Lift Your Skinny Fists Like Antennas To Heaven’, the tracks here are broken down into their constituent parts, and named individually, and sequentially.

We kick things off with the first side of the 12” for you vinyl folk or what I believe they call ‘Track One’ for the CD crowd. ‘A Military Alphabet…’ begins with the newly fired up shortwave radios (for any of you that don’t listen to Set Fire To Flames a lot / at all, a brilliantly immersive and perfectly transportive collage of found sound and radio hiss), and slowly morphs into a similarly textural swell of strings and slowly trembled guitar. It’s really very reminiscent of the growing militaristic stomp of ’09-15-00’, the introductory piece from their last LP before their long Hiatus, ‘Yanqui U.X.O’, and is an undeniably necessary dipping of the toes before the full-spectrum swell and spine-tingling weight of the rest of the piece kicks in. It’s on the final movement of this 20-minute opus that carries all of the weight of the previous, bringing with an almost unbelievable levity. It’s an ode to a lost world, and a mournful but resigned grasp at the vestiges of a crumbling society.

‘Fire At Static Valley’ (the first piece from the 10”, or ‘Track 2’) is a shimmering, minor-key walk through the crumbling ruins, with tenderly strummed guitars and the ever-present strings both pulled and plucked, lending a sense of airy ambience and momentum to the rumbling bass boom, and culminating in a nigh-dissonant treble-heavy scree. It’s beautiful and mournful in equal measure, perfectly offsetting the uncharacteristic jubilance of the opener’s final movement before beginning our next selection of radio chatter and crackling hiss.

‘Government Came’ begins once again with the whirring crackle and oscillating drone of shortwave radios before a towering bass boom rises from the riotous audio throng. This is soon joined by a noticeably majestic sounding distorted guitar and monolithic percussive swells, drenched in reverb and delay, and alternating between barely noticeable melody and barely noticeable anything else. It’s not long before this characteristic unease lifts into a cathartic and intoxicating melodic counterpoint, rising into what is possibly the thickest wall of sound I’ve ever heard from them (and I’ve heard a LOT), and ending in organic panned sweeps of breathy instrumentation (didgeridoo?), and meandering guitar.

We end with the stunning ‘Our Side Has To Win (For D.H)’, an undeniably atmospheric number, rich with incidental harmonics and a perfectly balanced suggestion of exultation and resignation. Slow chord changes gently growing over a background of flickering strings and shimmering pizzicato.

It’s an album that takes their rightful anger of the early years, their moments of latent melodicism and tentative unease and brings them into one entirely cohesive and triumphantly essential album. A stunning, devastating return for one of the greatest bands of all time.