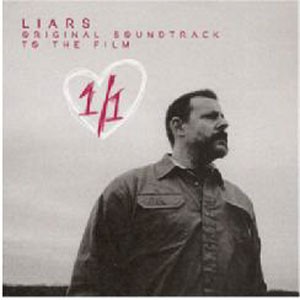 Liars announce the release of their first original soundtrack - ‘1/1’.

‘1/1’ is the soundtrack to Jeremy Phillips’ directorial debut, due to be released in July 2018. Starring Lindsey Shaw (‘Pretty Little Liars’), Judd Nelson (‘Breakfast Club’, ‘St Elmo’s Fire’) and Dendrie Taylor (‘Star Trek Generations’, ‘Twins’), the film submerges the viewer into the mind of Lissa, a 20-year-old girl in rural Pennsylvania and her struggles with sex, drugs, love and loss. Liars have created an electronic soundtrack that reflects the film’s use of mixed media abstractions and multi-film formats, which undoubtedly stands up as an album in its own right.

Barry says: Liars form a strong and driven backing to Philips's first outing with their nuanced and textured touch, with clicking, syncopated percussion, shimmering ambience and haunting shards of reversed guitars and tenderly plucked acoustics. Every bit the standalone piece, and perfectly fitted to the film as well. Great stuff.