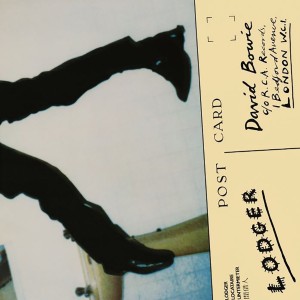 "On the surface, Lodger is the most accessible of the three Berlin-era records David Bowie made with Brian Eno, simply because there are no instrumentals and there are a handful of concise pop songs. Nevertheless, Lodger is still gnarled and twisted avant pop; what makes it different is how it incorporates such experimental tendencies into genuine songs, something that Low and Heroes purposely avoided. "D.J.," "Look Back in Anger," and "Boys Keep Swinging" have strong melodic hooks that are subverted and strengthened by the layered, dissonant productions, while the remainder of the record is divided between similarly effective avant pop and ambient instrumentals. Lodger has an edgier, more minimalistic bent than its two predecessors, which makes it more accessible for rock fans, as well as giving it a more immediate, emotional impact. It might not stretch the boundaries of rock like Low and Heroes, but it arguably utilizes those ideas in a more effective fashion." - Allmusic.