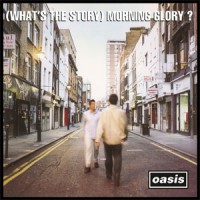 ‘(What’s The Story) Morning Glory?’ is Oasis’s biggest-selling album, with 22 million copies sold worldwide. On release in October 1995 it spent 10 weeks at No.1 and is the 5th biggest-selling album in UK Chart history. In their 14-year recording career (1994 - 2008) Oasis sold over 70 million albums worldwide, had 22 consecutive UK Top 10 singles, 7 No.1 studio albums but, more than that, they helped define a generation.

It was during the ‘Morning Glory?’ era when Oasis played their some of their most iconic gigs, including two nights at Maine Road Stadium, the then home of Manchester City Football Club, in April 1996 and Knebworth House, where the band played to 250,000 fans over two nights in August 1996. Over 2.6 million people applied for tickets for the shows, making it the largest ever demand for concert tickets in British history.