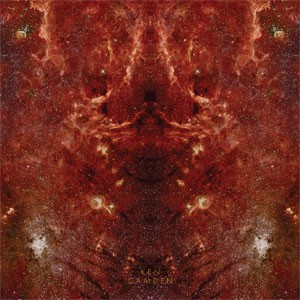 This is the second solo album from Ken Camden who lives and works in Chicago. He also plays in the Implodes sound quartet.

Space travel is the dream of many and the reality of few. Since Yuri Gagarin ?rst shed the bonds of earth gravity in 1961, only about 500 humans have made the trip beyond the atmosphere.

Ken Camden travels to space while still grounded on terra ?rma. His vessel of choice is a guitar and some effects with which he journeys on fantastical expeditions and surveys the biggest territory of all, the one between your ears.

The glimmering sound ?elds he forms could be a soundtrack to an epic 60?s science-?ction ?lm, or a long forgotten grade school educational ?lm strip explaining how humans would be living on Mars early in the 21st century.

Camden?s narrative rejects the dominant dystopian view of the future and posits that there are great voyages yet to be made in inner and outer space.

The album forms a gravity-free environment in which the listener is suspended, enhancing an aural excursion to the outer reaches of the musical Kosmos.