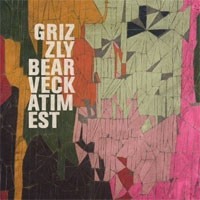 Seemingly out of nowhere (ok, it’s their third album, but you know what I mean!) comes a record so unique and exhilarating that Fleet Foxes have already name checked it as ‘the greatest album of the noughties’. Well “Veckatimest” does have a folky feel and the band is big on 4-part harmonies and even choral arrangements, but that is only half of the story. There’s a jazzy , open-ended vibe, gorgeous strings, Disney-ish, Mercury Rev style flights of fancy, and a melancholy Beach Boys love of melody. The band is also big on percussion and meandering diversions, but the song itself never suffers, it just takes a while for the full beauty of this album to unfurl. Named after an uninhabited island off Cape Cod, there’s a real sense of magic and mystery to Grizzly Bear’s sound. You can tell they were all music students though; there’s nothing obvious here, it’s full of surprises. Lovingly sequenced to be listened to as a whole, as this drifts, grooves, ebbs and flows, you’ll know you’ve been taken on a luxurious ride. Simply stunning.