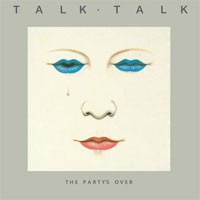 Talk Talk's musical journey took them from early 80s synth-pop to early 90s post-rock resulting in a diverse and stimulating legacy. This 1982 release showcases the synth-pop/new wave side to the band. After supporting Duran Duran on their 1981 tour, they released the single Mirror Man, as well as their two UK Top 40 hits Today and Talk Talk – all of which are included amongst other great songs on the album.

Their debut album, The Party's Over was released in 1982 and produced by Colin Thurston, who was a former engineer for David Bowie but was better known for producing Duran Duran's first two albums.

A product of its time, the album is classic synth-pop teamed with lyrical depth that went on to be synonymous with lead singer, Mark Hollis.

Christine And The QueensChaleur Humaine