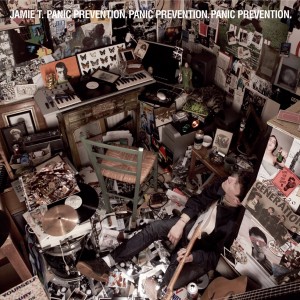 The debut album from Wimbledon's finest rascal. Jamie T is a tall, skinny suburban lad obsessed with The Clash, The Specials, Tom Waits and Rancid as much as he's influenced by the UK garage and drum and bass raves he grew up attending. Armed with an acoustic bass guitar, the 19 year old Jamie trawled the back rooms of pubs in Soho, Hounslow and Twickenham playing his unique tales of young suburbia (think The Streets meets The Arctic Monkeys) and the result is this: a clever, dead playful, madly articulate, indie-punky-poppy album. He's got the guts to be doing his own thing. He's a proper character and this is a great debut album, teeming with life.

Jamie TThe Theory Of Whatever