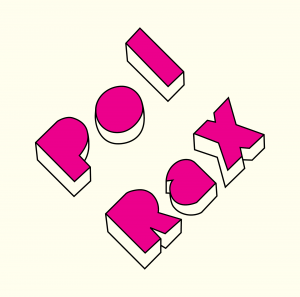 Pol Rax's album (simply titled "Pol Rax") with the artist's recordings from the years 2000-2010, including the ultra-hit "Dla Ciebie", is an electro-banger that simply had to be put on vinyl!

The Very Polish Cut Outs and Superkasety Records, have chosen, together with the artist, 8 tracks recorded in the first decade of the new millennium - some of them are released for the first time, others have so far lived to see only digital editions (by Seek Records), and only "Dla Ciebie" was released earlier on CD (by the famous French label Kitsune).

For a long time single tracks of Pol Rax were available only on YouTube, and after releasing those few tracks mentioned before, the artist from Wroclaw put the synthesizers aside and retreated into the shadows. It was then that - as Eltron aptly put it - 'a legend was born'.

"Dla Ciebie" and other tracks were gaining popularity on Youtube, famous Polish footballer Artur Boruc even danced to the rhythm of Pol Rax's "#borucdance" and club dancefloors were heating up with tracks like "Rock Your Video" and "Za Pozno".

This album, played and sung entirely by Pol Rax and a few guests, is full of electro-disco bangers for the club and ambitious synth-pop that derseves repeat radio play. There's also the highly cosmic funk of "Goraco" feat. Julee, or the erotic Italo-inspired: "Zatrzymac sie". Pol Rax himself mentions among his inspirations (for the music, but also for the lyrics he writes) the new wave of the 80's, the raw pop of early Bajm or the synth sound of Dwa Plus One.
These sources can be perfectly heard in his music, but there is also something else - sometimes a bit of French touch in the spirit of Daft Punk, other times minimal wave or boogie funk. It a delciously accomplished album that doesn't take itself mega mega serious yet somehow delivers something elegant, mature and likely to be one of your most rotated records of the year. Highly recommended!

Matt says: TVPCO come up trumps here with a fabulous LP by Pol Rax. Utterly cosmic in every essence, it skilfully navigates various tempos & moods without ever going on with itself and keeping every last musical utterance vital & mellifluous. A tour de force of modern cosmic prowess. You need!