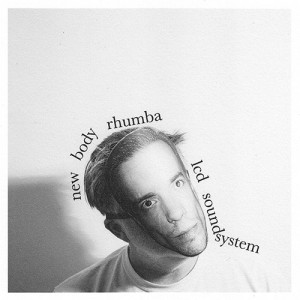 Stretch 'em out and shake off the cobwebs - LCD Soundsystem have returned, in recorded form, from a 5-year hibernation. 'new body rhumba' was written and recorded for the new Noah Baumbach film, White Noise, which is an adaptation of the Don DeLillo novel. It’s classic LCD, all tight and brash, with a coda headed for the second star from the right and straight on 'till morning.

Single-sided 12'' vinyl, mastered and cut at 45rpm by Bob 'Sparklebear' Weston at Chicago Mastering Service, pressed at MPO in France.