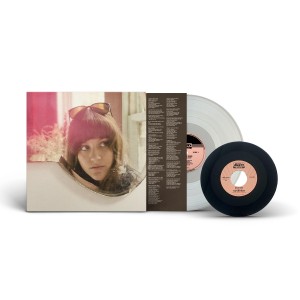 Nashville in 2010 was a time and place bristling with potential. Before the coastal dailies and culture mags had declared our town an “it city” — before rampant development was putting tall-and-skinny new-builds on every block and courting out-of-towners with mixed-use nonsense and vapid murals.

Nashville has long been characterized by a sort of underdog spirit, and in 2010, that spirit was in full display at DIY punk venues, run-down honky-tonks and hole-in-the-wall dives. Over in East Nashville’s Lockeland Springs neighborhood, a handful of us lived in a century-old home that we called Holly House. Even more of us gathered there, musicians and artists who decided to form a collective of the same name, a half-dozen or so bands hopping on shows together, playing on each other’s records, calling meetings as an excuse to drink beer and talk shop.

Most of those bands are long-gone, but not Caitlin Rose. Then as now, Caitlin — my roommate and fellow Holly House member — shined bright as a songwriter and performer.

I first started seeing Caitlin play when she was around 16 or 17 years old, toting her guitar and tambourine to house shows and public parks and an all-ages punk venue downtown called The Muse, which has since been replaced by a Domino’s Pizza. I came to know her as “Cato,” a funny, brainy little weirdo with an outsized voice and ferocious collection of brilliant punky folk songs. I remember a question that would pop up from people in the crowd at various points throughout her performances, without fail: “Is this song a cover?” Caitlin was making songs that were so good, so memorable, so emotionally mature, that folks couldn’t believe they’d been written by a teen. I always grinned when I overheard someone asking the question.

With time, Caitlin’s sound evolved — her approach to songwriting, her influences, her embrace of country music as an idiom she really excelled at. The collection of songs she was creating back in our Holly House days, a collection that would ultimately become Own Side Now, showcased Caitlin’s preternatural knack for taking a moment — an emotion, an experience, an interaction — and bottling it, turning it into something listeners can experience for themselves.

The achingly lonesome “For the Rabbits” and “Sinful Wishing Well.” The tender, sprawling “Own Side.” The satisfying nostalgia of the intoxicatingly upbeat “Shanghai Cigarettes.” I remember Caitlin honing these songs in clubs and on tours, tweaking the arrangements with her world-class band. I must’ve seen Caitlin play “Spare Me” and “T-Shirt” dozens of times, and while no two performances were exactly the same, each one was a little bit closer to where it would ultimately land. She was always orbiting the perfect version of a song she’d been pouring her heart into for months or years. Own Side Now was the product of that long journey.

Now, 10 years since the initial release of Own Side Now, it’s moving to listen back to these potent songs and remember our time in Holly House, and our time at DIY spaces and punk clubs and dives that no longer exist. As you listen, maybe you’ll recall where you were in life when you first heard Caitlin’s music. Or maybe you’re listening for the first time, discovering a batch of songs that you can connect to in a personal way. Whether it’s your first listen or your 1,000th, this is an exceptional album made by an artist truly coming into her own. Enjoy it.