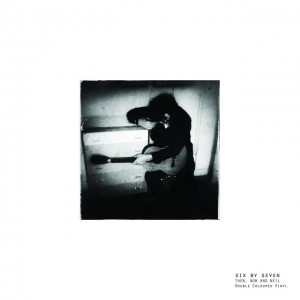 A double album compilation of two double CDs called: 'Neil Young's Shirt' and 'Now And Then' which were released on Bandcamp during mid 2020 and early 2021. Although Chris Olley's songwriting is obviously heavily influenced by the legendary Talk Talk albums 'The Colour Of Spring' and 'Laughing Stock', 'Then, Now And Neil', makes sure the songs and sounds are not just content with the slow burning melancholy of the Talk Talk albums, but that they build up and have the added aggression of the distinct Six By Seven post rock style which earned them such accolade in the 2000's. Although there are shorter more rocking songs and a couple of trademark lyrically twisted ballads, most of the songs on this album sound like mini-symphonies as they extended and are allowed to evolve and build into epic soundscapes. As one fan recently wrote on six by seven's Bandcamp site: "Another brilliant collection from start to finish. The whole album is just beautiful. 2020-2021 has had some of the absolute best music ever released under the name Six By Seven."

Six By SevenThe Things We Make