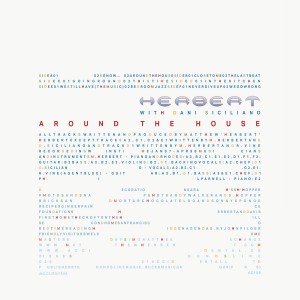 ‘Classic albums’ may be an overused term but is entirely warranted here with the announced reissues of this pair of house music long-players from Matthew Herbert's extensive back catalogue, getting a release on triple vinyl his own Accidental label. 2001’s much celebrated ‘Bodily Functions’ has appeared in many Album Of The Decade lists, whilst 1998’s ‘Around The House’ set the benchmark for a new more considered approach to dance music production that sounds as crisp today as when it first hit the late 90’s dance floors.

There have of course been many brilliant house albums since Bodily Functions and Around The House, many of them influenced by them, but there is a distinctive, timeless quality in the sounds and words these songs were made from. Those sounds include the distinctive voice of Matthew’s former wife Dani Siciliano as well as long time collaborator, the late pianist Phil Parnell, human blood flow, kitchen utensils, bones, domestic appliances, teeth and laser eye surgery. Indeed, Matthew’s now legendary Personal Contract for the Composition of Music (PCCOM) for which he is now famed, was considered radical at the time.

“Both albums are loaded with music of exceptionally high quality” Pitchfork, 2002

SIDE C
1 Going Round
2 This Time

SIDE D
1 In The Kitchen

SIDE E
1 We Still Have (The Music)
2 Bedroom Jazz