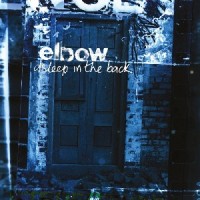 "Asleep In The Back" was the debut album from Elbow, originally released in 2001 to huge critical acclaim and reaching number 14 in the UK charts. The album was nominated for that year's Mercury Music Prize which of course they would go on to win in 2008 for "Seldom Seen Kid". "Asleep In The Back" is home to many timeless tracks which remain firm fan favourites and make up a good proportion of their live shows now, including the singles "Powder Blue", "Red" and "Newborn" and the epic "Scattered Black And Whites".