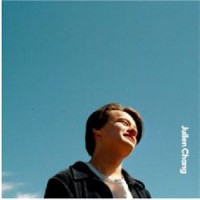 Julien Chang is a 19-year-old singer, composer, producer and multi-instrumentalist from Baltimore, Maryland. Julien studied classical and jazz throughout high school but decided to start making his own music after exploring other genres and principles. Having taken a job at his local grocery store at 17, he began building a studio in his parents basement, adding new elements with each paycheck.

Barry says: A stunning debut from on of the future's bright lights in whatever this beautiful but impossible-to-categorise maelstrom of woozy pop melodies and warm synthy grooves is. Brilliantly dynamic, varied but cohesive, 'Jules' is an absolute triumph and veers between perfectly realised genres with ease.