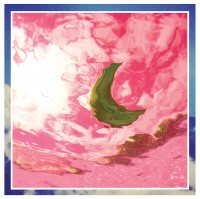 After the brilliant, rave-shaped grooves and expansive arrangements of its predecessor, ‘Marble Skies’ is a more concise and focused offering which recalls the dynamic, genre-blurring music of their debut. It’s a return to form; an album which finds them returning to the handmade, cut-and-paste approach of the past. Upon finishing the ‘Born To Saturn’ tour, Dave ventured to LA to work on a production project, whilst the other band members went to India with the British Council. When they returned, the new album process began with a back-to-basics approach which recalled the DIY ethos of the band’s early days, Django Django – minus an absent Maclean – assembled at Urchin Studios in Tottenham, London with Metronomy drummer Anna Prior to experiment with the idea of coming up with new tracks through loose jamming sessions. After ten days of recording, there was plenty of raw material to send up to Dave (then back in his hometown of Dundee) for him to edit, refine and evolve. As ever, all four band members (completed by Tommy Grace on synths and bassist Jimmy Dixon) contributed to the band’s music, melodies and lyrics as the final album took shape. Parts of ‘Marble Skies’ find Django Django sailing into uncharted territories, not least the driving title track (propelled by Prior’s drumming), with its echoes of Krautrock and Suicide. Meanwhile, the hazy Zombies-like summer pop of ‘Champagne’, which explores the joys and ills of alcohol, was inspired by the band’s over-indulgence during a boat trip on the Seine that was hosted by their label. Those drawn to the more dance-orientated side of Django Django will find much to love in the twisted ‘80s electro pop of ‘In Your Beat’ and the dancehall-influenced ‘Surface To Air’, a dreamy-headed pop song fronted by Rebecca Taylor of Slow Club. The collaboration came as a result of the two bands meeting up at SXSW some years ago, where Rebecca and Dave in particular bonded over shared interests in R&B, hip-hop and dancehall. Another more surprising collaborator is Jan Hammer, the Czech-born, American-based jazz-fusion and electronic artist who shares writing credits with the band on the gorgeously floaty ‘Sundials’. If there’s a mood running through ‘Marble Skies’, it’s one of reflection on things past and present, and finding some kind of peace with your place in the grand scheme of things.