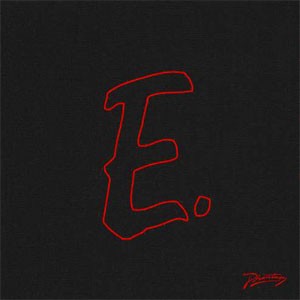 ‘Reworks Volume 1’ is a musical overview of what makes Erol Alkan one of his generation’s most iconic remixers. Framing a corner of his career in perspective - a success in taking on any source material and melding it into something of his own. Alkan’s philosophy towards a remix is to ‘re-produce’ work as if the original never existed. Avoiding methods like the transplanting of a vocal on a contemporary dance beat, or adding a four-to-the-floor 808 kick drum underneath a rock band, Alkan instead takes a considered approach to build something new that offers a fresh and divergent take on the music in front of him.

This collection of reworks illustrates that his distinct style of remixing is just another layer in what makes Erol Alkan unique to dance music. Unpredictable but equipped with a Midas touch - you never quite know what’s coming but you can count on it to be special, a quality shared between both his DJ sets and his production work. Erol Alkan is a dance music artist with an alternative sensibility, a psychedelic approach and a punk outlook - what makes him stand apart in dance music is what makes him one of the genre’s most enduring and influential artists.

‘Reworks Volume 1’ looks back on over a decade of realigning other artists, including his classic versions of Justice’s ‘Waters Of Nazareth’, Connan Mockasin’s ‘Forever Dolphin Love’ and Death From Above 1979’s ‘Romantic Rights’, remixes that have added new perspective and dimensions to the originals, at times performing alchemy, turning rock into dance music on reworks for Franz Ferdinand, Interpol and the Yeah Yeah Yeahs and he’s just as comfortable taking on fellow dance music producers like Lindstrøm, Daft Punk and Hot Chip - a connection which lead to the classic rework of ‘Boy From School’.

The double CD edition brings together 20 reworks across two CDs and comes with a booklet which includes an exclusive interview with Erol Alkan.