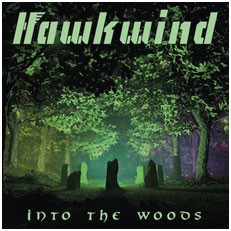 Cherry Red Records are pleased to announce the release of the new album by the legendary Hawkwind, Into The Woods. It follows the critical acclaim and commercial success of last year’s Top 40 album The Machine Stops. “Part of this album is a continuation of the story begun in The Machine Stops,” says Hawkwind’s head honcho Dave Brock, “living above the ground and Into the Woods.” Warm-up dates for Hawkwind in mid-March are dubbed ‘A Glimpse Into Greenness’, which gives some indication of the conceptual and lyrical themes behind the new album.

HawkwindWarrior On The Edge Of Time

HawkwindWarrior On The Edge Of Time - Deluxe Edition