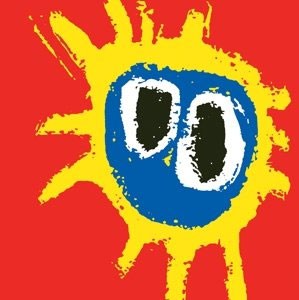 Primal Scream had been fragile, 60s obsessed  dreamers, influenced by Love and (particularly) The Byrds (85-87) but in 1989 they were NY Dolls leather-clad rockers with the odd Big Star slowie or Stonesy ballad thrown in for good measure. Then BANG acid house and ecstasy hit  and in the spirit of the day, Andy Weatherall took one of those Stones style heartbreakers and made the hit single "Loaded" . Indie-Dance was born, anyone remember?!But this LP is much, much bigger than that. It goes up, it comes down, and covers all the magic in between. There's blues, soul, gospel, house, dub and yes a beautiful Stonesy ballad ("Damaged"). No songs are fillers, it's a perfectly realised musical statement. With the Orb, Andy Weatherall and even the Stones'Jimmy Miller to help them, they created one of the best albums of the 90s that still resonates today. Higher than the sun.

Andy says: First time on a cd-only box set for every single Screamadelica affiliated track. Lovely new booklet and a storming live set (which better illustrates the band's fusion of rock'n'roll and dance grooves) make this a brilliant collection.

Patrick says: Not only do you get a defining moment in musical history, you get all the remixes, live versions and backstory to put the whole thing in context. Raver, do yourself a favour!

LP Tracklisting
Side A