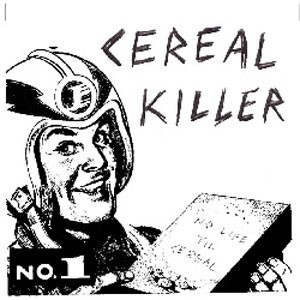 "Their new track “No Life Til Cereal” taken from an upcoming 7” to be released through Anti Fade/Agitated clocks in at just over a minute but is as rowdy and rough with a nasty Flipper-like ‘ha, ha, ha’ in the chorus. Though it may not sound like it, the band are influenced as much by Wu-Tang’s 36 Chambers as they are the Goner records catalogue." NOISEY.

GindrinkerWork It Out / Ayn Rand Says