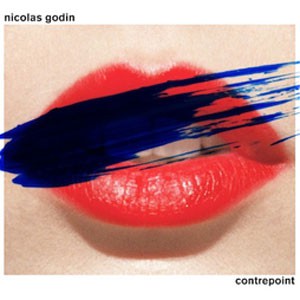 Suffering from burn-out during Air's 2010 tour, Nicolas Godin was looking for inspiration to reignite his passion for music. He watched a Bruno Monsaingeon documentary about Glenn Gould playing Bach. Godin was immediately attracted to this mysterious and inaccessible universe, which he wanted to explore when he got home to Paris.

Having made a statement with Air, Godin wanted to go back to the classical world, to grow up musically; to renew himself. Even at this stage in his career he took new piano lessons. He decided to start recording Bach pieces, “but not to make a Bach record with modern sound, I didn’t want to make a Wendy Carlos record; she’s already done it brilliantly in the 70s. The problem is how to do something new, because everything has already been done! But when I heard Glenn Gould talk about how to explore and transform the past, this was exactly what I was reaching for.”

Godin began a period of transformation, “taking parts of Bach’s scores, then creating new parts,” he recalls. “Sometimes only thirty seconds of Bach’s original music was left behind. But I want people to listen to Contrepoint without noticing that it’s Bach. And in the process, I discovered that I had made a solo record! But it’s more of a tribute to all the great composers that have inspired me. Making a record about Bach leads to all composers who have listened to Bach.”

Working in tandem with co-songwriter, arranger, keyboardist and Bach specialist Vincent Taurelle at AIR’s Studio de l’Atlas in Paris, Godin ended up with eight pieces. The end result is 'Contrepoint', a dazzling experience that conjoins Godin’s former habitual musical fusions with classical forms, taking the listener on multiple adventurous journeys, often within each song, with counterpoint just one of its many landmarks. It’s remarkably varied in tone and rhythm, splicing genres with a bold, punchy and yet sensual and sweeping feel, with a variety of enticing lyrical narratives, and a starry international cast of guests, such as French vocalist Thomas Mars (from Phoenix), Brazilian singer Marcelo Camelo, Italian author Alessandro Barrico, New Zealand guitarist Connan Mockasin and the choir from Macedonia’s FAME'S Project. But the unifying force of Contrepoint is Johann Sebastian Bach. Each album track uses a Bach piece as its source, before jumping off to all manner of new places. Glenn Gould is also in the mix, though more of a spiritual guide than compositional. The predominant influence on 'Contrepoint' is Godin himself, composing at a new-found level of inspiration, both structural and emotional.