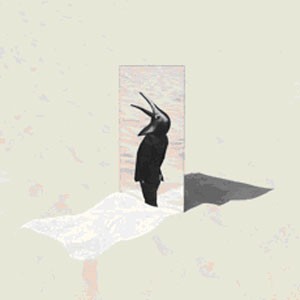 The iconic Penguin Cafe join the Erased Tapes family and open a brand new chapter to their unique world with new album The Imperfect Sea.

A penguin stands in the middle of a scorching desert, far away from its natural habitat. This mirrors composer Arthur Jeffes’ journey and exploration into a new musical territory. Penguin Cafe have evolved into something of their own at the hands of Arthur who started the band in 2009 with the continuation and homage to his father’s legacy, to the late Simon Jeffes’ Penguin Cafe Orchestra. Now, their upcoming album echoes reminiscent sounds that embrace the new.

The album title refers to a saying by his father that “we wade in a sea of imperfections…”, reflecting upon the idea that beauty can be found amongst the chaos. “If there is a narrative to the album it’s coming to the acceptance of the imperfections in all aspects of life; moreover, the recognition that these imperfections and tiny randomnesses are in fact what make up the best parts”, Arthur explains. This has also been highlighted by the striking cover artwork designed by FELD under the art direction of label founder Robert Raths, resembling a lone figure adapting to and accepting its surrounding environment.

Predominantly self-composed, the new album also features covers of electronic works by Simian Mobile Disco and Kraftwerk, along with a re-working of Simon's 'Now Nothing'. Arthur has developed from the traditional folk and jazz heritage Penguin Cafe Orchestra is known for into another realm of blissful ambience and dance music, recreated using strictly acoustic elements.

“For this album I wanted to effect a departure from where we’d been up to now. The idea was to create a musical world that would feel familiar to an audience more used to dance records but stay true to our own values. So we replaced electronic layers with real instruments: pads with real string sections, synths with heavily-effected pianos, and atmospheric analogue drones with real feedback loops ringing through a stone and a piano soundboard.”

Barry says: Keeping the upbeat and intricate, but decidedly pastoral vibes of Penguin Cafe Orchestra (a different, but both figuratively and literally related band) intact whilst having a different focal point was never going to be an easy task for Arthur Jeffes, but on 'The Imperfect Sea' we get the perfect combination. Erased Tapes are, in the most part a modern-classical label (there are a good number of exceptions), and there are definitely nods to that in “Control 1” and “Rescue”, but with it come brilliant folky outings like opener “Ricercar” and the wildly dreamy staccato-string haze of “Franz Schubert”. With their name being as it is, Penguin Cafe are never going to escape the considerable shadow of PCO, but with a history as rich as theirs, and with Jeffes' ability to put his own twist on their already established sound, why would you? A stunningly rich, and hugely rewarding journey.