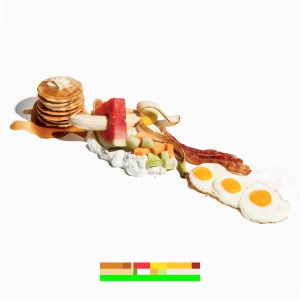 ‘La Di Da Di’ is a bold opus of post rock and virtuosic instrumentals, cementing Battles firmly amongst the most influential alternative bands of the 21st century.

On their third album the rhythmic core of Battles is as full as ever. Opener ‘The Yabba’ is a gradual unravelling of math rock motifs that eventually explodes into the glitchladen ‘Dot Net’.

The atypical ‘breather’ moment that comes with ‘Cacio e Pepe’ is an exploration in harmony anchored by Battles’ characteristic repetition, whilst tracks like ‘FF Bada’ and ‘Summer Simmer’ are examples of the thick textural richness that can be found throughout the album. ‘La Di Da Di’ humbly parades the many weapons of Battles’ musicianship for which they are so well revered.