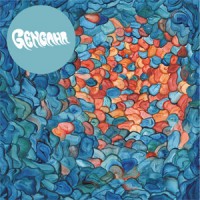 North London’s Gengahr are pleased to announce their debut album A Dream Outside with new single ‘Heroine’ - their most immediate track to date and another glimpse at what their debut is set to offer.

Picking up where 2014 left off, Gengahr marked out their intentions for 2015 with an opening slot on Alt-J’s European tour and the release of the gloriously spellbinding ‘She’s A Witch’, which received acclaim from the likes of The Sunday Times, Independent, DIY and NME whilst being added to playlists on 6Music (C-list), Radio 1 (INMWT), Amazing Radio (A-list) and XFM (evening list).

For fans of Circa Waves, Foals, Mystery Jets and Unknown Mortal Orchestra.