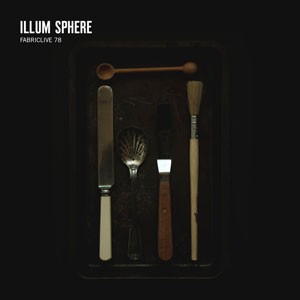 It's easy to trace Ryan Hunn (aka Illum Sphere)'s impact on the Manchester music scene. Hoya:Hoya, the night he started with Jonny Dub back in 2008, quickly became noted for its eclecticism and open-minded booking approach, with artists ranging from The Gaslamp Killer to Ikonika and James T. Cotton. Soon spotted by the keen eyes at fabric, the collective were invited to host Room Three in 2011, and following its immediate success they moved to Room Two, where they now hold their quarterly residency. Illum Sphere's skill at bringing together disparate sounds as a DJ is bolstered by a formidable production talent, which has seen him release on a series of respected labels, including Ninja Tune, Young Turks, 3024, Fat City and Tectonic, whilst his remix credits include Radiohead, Martyn, Kuedo and Zed Bias. Constructed in the comfort of his own home, his FABRICLIVE mix is inspired by the sounds one might hear during his DJ sets in Room Two.

"I decided to stick to more electronic-based music, from new wave, dub, techno, acid, etc. In terms of range I think the oldest thing is probably late 70s and the newest thing came out this year." - llum Sphere

Kicking off in the 80bpm range, EMAK’s spaced out ‘Sein Und Schein’ (a segment of which appears later as an interlude) makes way for dub echo drenched tracks from Soul Syndicate and Carl Meeks. From there the mix explores the many subtle (and not so subtle) facets of electronic music, from the lo-fi experimentalism of Tapes and Powell to analogue synth-driven jams from Musumeci, Streetwalker and Grauzone. Illum Sphere is effortlessly flexible on tempo to the point where the shifts are barely noticeable, with the mix midway pace subtly ramping up into Das Ding’s technicolour ‘HSTA’. From there, spaced out synth textures of Legowelt and Demdike Stare are contrasted with machine-like grooves from Charles Manier and Propaganda. The exceptional ‘Gershwin’ by Actress shifts into Illum Sphere’s own ‘Bullet’, before Nine Circles’ 1982 track ‘What's There Left’ signs off a mix that is engaging as much as it is unexpected.