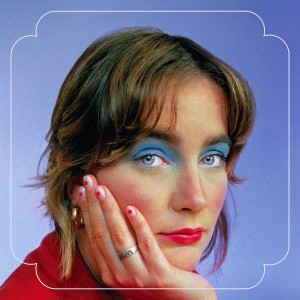 Katy J Pearson would like you to know that she is not a country singer. Sure, there was an influence of the genre to the now - 26 - year - old’s celebrated debut ‘Return’ - an album that saw Pearson snowball from Bristolian newcomer to a critically - acclaimed bre akthrough star, selling out shows up and down the UK - but there’s also much, much more to her magnetic blend of soaring, widescreen melodies and warm, intimate storytelling than just three chords and the truth.

“There was one music video [for ‘Tonight’] that I did in the beginning where I line - danced and was wearing rhinestones, and from there it just turned it into this real thing,” she laughs. “Every review would be ‘country - tinged’ whereas actually, there was literally one country song on the record re ally. But I think that’s what’s good about the new record, that I think it’s not what people will expect from me. When people ask me what the new album sounds like, it’s just... a bit different?!”

Happy to wax lyrical about the relative merits of Townes Van Zandt, Elton John and Fugazi within the same breath, there’s always been a lot going on in Pearson’s musical palette (FYI she’d call her debut more of a folk - rock LP, if anything). But though the critics might have skewed the specifics of ‘Return’ - relea sed via Heavenly Records in November 2020 - the acclaim for the album still came pouring in. Having had a previous taste of the industry via a major label project that quickly turned sour, the difference this time around was tangible: praised for “ the arre sting quality of [her] Kate Bush - meets - Dolly Parton vocal delivery” by The Times, labelled as “finding humanity in every moment” by DIY and with lead single ‘Take Back The Radio’ described as “a whoop of pure joy” in the Guardian, amidst the bleak toll of lockdown, something about this curiously optimistic album began to really resonate. “ It was terrifying getting to the point of releasing a debut after making music for eight years, like woah!” she says with an exaggerated grimace (random noises and excita ble gestures are par - for - the - course in a Pearson anecdote).

“But weirdly it feels like it couldn’t have come out at any other time. It felt like everything people were saying to me [during lockdown] was everything that I’d been feeling when I wrote that al bum; it was a very personal album for me, and it was released at a time when a lot of people were in their house, feeling isolated. It was the antidote to a lot of peoples’ lives.” It feels fitting then that, having provided an aural balm at just the righ t moment with her first album, its follow - up should reflect a world brimming with curiosity, back in action and wanting to expand its horizons.

If Pearson’s extracurricular activities in recent months have shown that she can dip a toe into a multitude of g enres - providing guest vocals on Orlando Weeks’ recent album ‘Hop Up’; popping up with Yard Act for a collaboration at End of the Road festival; singing on trad - folk collective Broadside Hacks’ 2021 project ‘Songs Without Authors’ - then forthcoming secon d album ‘Sound of the Morning’ takes that spirit and runs with it. It’s still Katy J Pearson (read: effortlessly charming, full of heart and helmed by that inimitable vocal), but it’s Katy J Pearson pushing herself musically and lyrically into new waters. Written and recorded in late 2021 after a self - prescribed period of down time spent walking, going on daily cold water swims and “just chillaxing massively”, even the credits on ‘Sound of the Morning’ profess a new thirst for experimentation from the sin ger. Joining ‘Return’ producer Ali Chant on desk duties this time was Speedy Wunderground head honcho Dan Carey, who worked with Pearson on some of the album’s grittier tracks. “Dan got a completely different structural, songwriting style out of me which i s what I wanted: something a bit more confident and in your face,” she nods. “He could see that there was a part of me that wanted to branch out, I just didn’t know where and how far to push it, but it was exactly the kind of progression I was looking for. ”

Barry says: While Pearson's voice may draw comparisons to much beloved country singers (understandably), it's in her clever songwriting that her latest outing really shines. There are more woozy, airy moments of jangling indie amongst the heavier progressions and orchestrally intricate compositions, lurching between ideas seamlessly and without losing the melodic thread. Another brilliant success for Katy J Pearson.