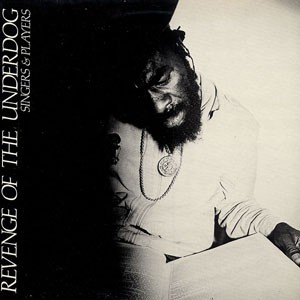 The second album by the loose On-U Sound collective, originally released in 1982. Featuring Prince Far I, Bim Sherman, Jah Woosh, plus members of The Roots Radics, The Slits and Glaxo Babies.

“There really is not a single weak track here. Sherwood spins his glistening web of intrusive, hyperactive magic, a production approach that would never work for anyone else but almost always does for him. No reggae collection should be without this one.” - All Music