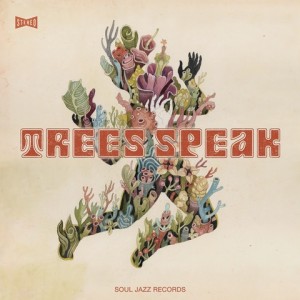 Trees Speak are Daniel Martin Diaz and Damian Diaz from Tucson, Arizona and their music often draws on the cosmic night-time magic of Arizona’s natural desert landscapes. ‘Trees Speak’ relates to the idea of future technologies storing information and data in trees and plants - using them as hard drives - and the idea that Trees communicate collectively.

Barry says: 'Shadow Forms' is a perfectly balanced juxtaposition of grooving, angular kosmische and haunty, soundtrack sort of business. We get little bursts of jazzy instrumentation and smooth-flowing psychedelia, all brought together with a deftness of touch and a keen ear for melody.