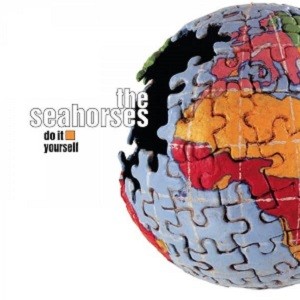 After John Squire left The Stone Roses, he formed The Seahorses in 1996 together with Stuart Fletcher, Chris Helme and Andy Watts. The year after they released their debut album Do It Yourself, which was produced by Tony Visconti. Visconti had his first hit with T. Rex' “Ride A White Swan” and was involved in many David Bowie productions.

The album was well received and entered the UK Album Charts at #2 and received a Platinum status. It featured three popular singles: “Love Is The Law”, “Blinded By The Sun” and “Love Me And Leave Me”. The latter was Liam Gallagher's first song writing credit. Their success resulted in support slots with The Rolling Stones, U2 and Oasis. Unfortunately, The Seahorses aborded the recordings of their follow-up album to split up due to musical differences.

Do It Yourself is celebrating its 25th anniversary in 2022