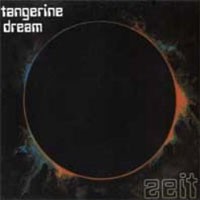 Esoteric Recordings are pleased to announce the release of a newly re-mastered edition of the classic album 'Zeit' by Tangerine Dream. Released in August 1972 on the OHR label in Germany, 'Zeit' was recorded at the Dierks Studio near Cologne and also featured a guest appearance by Florian Fricke of Popol Vuh. One of the group s finest early albums, 'Zeit' was enthusiastically championed in the UK by John Peel and was a major breakthrough for Tangerine Dream.