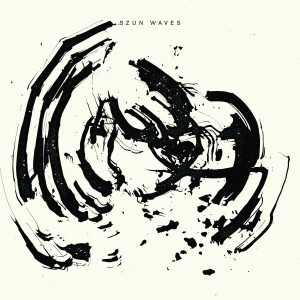 Sometimes in improvised music there can be a distance between listener and players, a sense you’re sitting back and admiring their interplay and abstraction – but with Szun Waves’ second album, you’re right in there with them, inside the playing, experiencing the absolute joy the three musicians feel as they circle around each other, exploring the spaces they’ve opened up.

The three members already have sparkling pedigrees of their own. Norfolk’s Luke Abbott is well known for his explorations of the zones between pure ambience and the leftmost fringes of club culture. With Portico Quartet and Circle Traps, Jack Wyllie has been in the vanguard of UK fusions of jazz, classical and club music. Australian drummer Laurence Pike has likewise found a unique voice in improvised and experimental music-making, whether in the bands Triosk or PVT, or as a solo artist.

The trio’s musical relationship has grown naturally and steadily, and it shows. From Wyllie adding shimmering sustained sax notes to Abbott’s gorgeous ambient pieces in 2013, Szun Waves emerged when Pike was added to the mix, energizing the sound but still keeping its levitational qualities. Their 2016 self-released debut album hit a natural groove, and now they’re in a place of pure spontaneity: "New Hymn To Freedom" is a document of six entirely live improvisations – no edits or overdubs – and its title couldn’t be more apt.