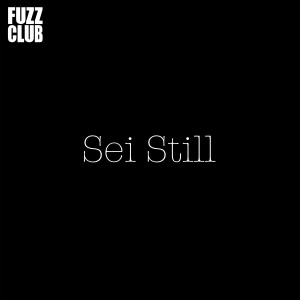 Arriving right off the back of their second album 'El Refugio' which was released in November 2021 via Fuzz Club Records, Mexican post-punk/krautrock group Sei Still are back with a 'Fuzz Club Session' LP that's due out January 21st 2022. Having upped sticks from Mexico City to Berlin, Sei Still's Fuzz Club Session was recorded live at Berlin's Monoton Studio back in October 2020 and is comprised of five tracks from the newly-released 'El Refugio' LP: 'Esperando' (later titled 'Saldados Caidos' on 'El Refugio'), 'Hombre Animal', 'Las Puertas De La Noche', 'Me Persigue' and 'Se Asoma el Sol' (later 'Solsticio'). 'El Refugio' and the session LP set to be released in support capture a new era for Sei Still. The expansive Krautrock jams heard on their 2020 self-titled debut have evolved into a dark, motorik post-punk sound that owes far more to 70s punk, goth-rock and Spanish New Wave than any kosmische travellers. The session is released on 180g black or white vinyl with a printed inner sleeve and is accompanied by a series of videos recorded during the session.