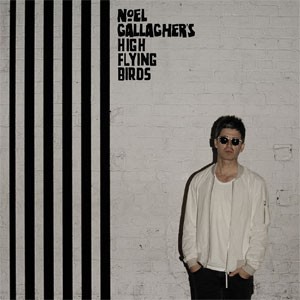 Noel's second studio album finds his song-writing in supremely fine fettle, but then you'd expect that from the master-craftsman. This time he has self-produced and included a song which actually pre-dates Oasis, and one from the aborted Amorphous Androgynous sessions. There' a slightly funky vibe left-over from said collaboration and whilst most of the album is choc-full of Noel's classic sounding melodies (albeit with some fairly obvious cribbing) "The  Right Stuff"and opener "Riverman" are the most unusual cuts here, one a spacejazz freakout , the other a seventies acoustic groover inspired by a night out with Morrissey (namecheckin' fact fans!) The remainder of the LP isn't too dissimilar to Noel's debut, but perhaps with a more discernable bottom-end as  gloriously displayed on Noel-by-Numbers  (and therefore superb!) lead single "In The Heat Of The Moment", and the one-of-the-best-things-he's-ever-done follow-up "Ballad Of The Mighty I". All in all, a splendid record.

Martin says: He's still got it!