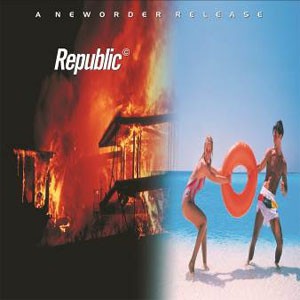 If you aren't familiar with this album's first single, then you must not have been listening to the radio in the summer of 1993, because "Regret" was virtually everywhere at the time, hitting #1 on Billboard's Modern Rock and Hot Dance Music / Club Play charts, #7 on the Top 40 Mainstream chart, and even provided the band with a top-30 hit on the Billboard Hot 100. Other key tracks on the album included "Ruined in a Day," "World," and "Spooky," each of which made it into the top 30 of at least one Billboard chart. Given that it was New Order's first album in four years at the time of its release, it's probably fair to call it a comeback, and a successful one at that.

Side A:
Regret
World
Ruined In A Day
Spooky (Minimix)
Everyone Everywhere