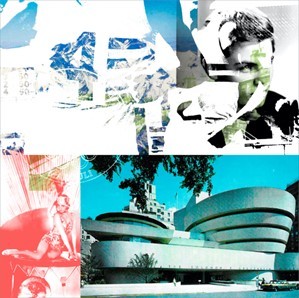 Scottish five-piece band Marouli, led by musician and composer Graham McCusker unveil their debut album "Tall Tales From A Distant Uncle". A determined and heart felt record, it was recorded after McCusker successful beat lukemia and, with a unique and quirky turn, pays homage to Billy Connolly's storytelling tradition.

It features Alex Hill on keys, saxophonist Josh Poole (Bill Laurance, The Beautiful South), bass player Nick Waldock and former drummer Xavier Winton (G4). The band, which now features Matt Brown on drums, has a sound that is inspired by jazz and pop artists like Steely Dan and Gregory Porter, as well as those from Graham’s classical roots, like J.S. Bach. It has a vintage sound which is hard to date, like a good tweed jacket. McCusker's vocal shines through like beautifully polished oak, rich and syrupy; whilst the muscians involved are deceptively locked into each others groove; natural yet complex arrangements flowing from the backline like luxurious carpet. There's a warmth like a good camp fire or freshly baked bread that's hard to articulate but instantly felt throughout the duration of the LP. Drawing elements from blues, rock and throwback pop "Tall Tales From A Distant Uncle" creates a cinematic sound that is classic yet fresh.

Songwriter Graham and keyboard player Alex Hill met when they were students in 2018 and with the addition of three college friends, the lineup was complete and Marouli was born. The album was recorded at Angelic Studios near Banbury and at Hope Mill Studios in Manchester. Artwork is by Paul Hemmingfield.

Matt says: McCusker's tales sink deep into the psyche; a collection of songs that reflect the overcoming of adversity that the band leader has endured. It's a triumph - unshakingly sincere, with skilled and sophisticated song writing and arrangements that feel warm, friendly and inviting. One of those albums that feels like a long lost friend returning time and time again.