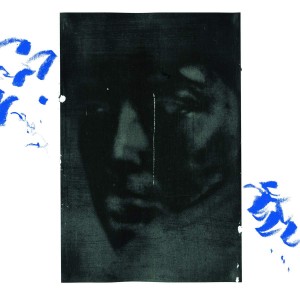 Laurence is one third of Szun Waves, who released their second album New Hymn To Freedom last year to critical acclaim.

“I hope,” says Laurence Pike, “the listener is as excited – and at times confounded – by this music as I am.”
Holy Spring is an “article of faith” for Pike, expressing the sense that “The ritual of performance can transcend the confines of style, structure and concept to connect with something universal.”
The name of the album is beautifully ambiguous, evoking a wellspring, but also rebirth, and more besides. It sounds constantly, effervescently fresh, just as it should when its creation was a series of surprises to its own creator. And that happens not just with one listen, but with many: each time you hear it, it’s as if this music has been created anew. The listener, just like the musician, are privy to what Pike describes as “the music simply playing itself, achieving what I now understand to be, and can only describe as ‘freedom’.”
Improvisation has played a role throughout Pike’s long and diverse career in music. Whether as part of PVT, Triosk or Szun Waves, or collaborating with Liars, legendary jazz pianist Mike Nock, DD Dumbo or the mighty Bill Callahan, he has long been a responsive musician for whom sensitive listening leads to spontaneous invention. Every motion, from the most minuscule flicker to a primal groove, is an expression of what’s happening around him. Which is precisely how he, and the ensembles he’s been part of, have been able to navigate so deftly between the poles of the familiar. Pike’s work has always skirted around electronica, spiritual jazz, post-rock and many other recognisable sounds, without ever converging on one single style or resorting to obvious fusions.