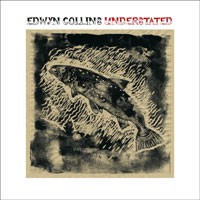 The 11-track album was self-produced with his long time studio partner Seb Lewsley and recorded at West Heath Studios in London during the 2nd half of 2012, except for a couple of earlier recordings.

The last 12 months have seen Edwyn concentrate on running his AED record label, produce records for Vic Godard, Colorama, Charlie Boyer & The Voyeurs, Linden and London Mississippi with Seb Lewsley and begin work on a film about his life and music titled In Your Voice, In Your Heart with filmmakers Edward Lovelace & James Hall.

Laura says: Edwyn croons his way through a selection of gorgeous slowies and floor filling soul stompers, and as ever his songwriting is second to none. Great stuff.