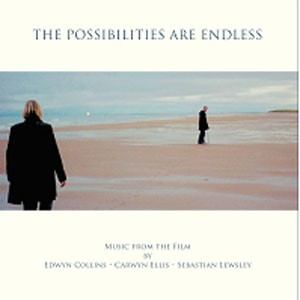 The Possibilities Are Endless is a film, a hymn to happiness about Edwyn Collins. About finding his way back to music, to life, to understanding. Due for release by Pulse Films in UK cinemas on 7th November 2014 ‘The Possibilities. . .’ is the third feature from directing talents Edward Lovelace and James Hall. The film received its world premiere at South by Southwest earlier this year.

"The thing about the film is....Ed and James listened and listened to me. We talked in my studio and they gave me time to develop my thoughts. It was quiet and peaceful. I knew I could trust them." - Edwyn

"I called the film a hymn to happiness. The whole thing began with two young men discovering Edwyn's music, then his story and now look at what they've done." - Grace