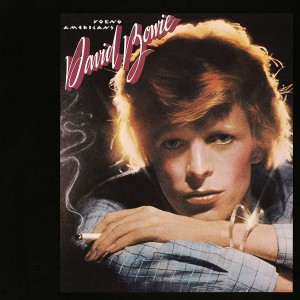 The zenith of David Bowie's flat-pack soul period, 1975's "Young Americans" is an incredible and frequently overlooked record. No other Bowie album had spelled out its market so cleanly and crisply in its title. This was an album to be bought at a time when young Americans, after years of mobilising, now had a little disposable income and were ready to party. It was all, supposedly, about 'emotional drive'. But the album came to represent so much more than that. It is an indirect product of many factors; soul music; politics, both personal and public; sex, drugs and dancing; of downtown New York and uptown Philadelphia.