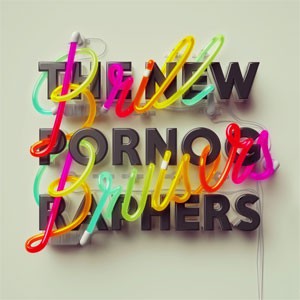 Brill Bruisers is the first new release in four years from the acclaimed supergroup, who have been called, “Virtually peerless in the world of power-pop and indie-rock” by NPR Music. Additionally, the New Yorker describes the band’s music as “Magnificent and clever” while Stereogum proclaims “In recent history, no group has featured so much formidable established talent, collaborating on a regular basis.”

Of the album, lead-singer and main songwriter AC Newman comments, “This is a celebration record. After periods of difficulty, I am at a place where nothing in my life is dragging me down and the music reflects that. I’m grateful.”

Produced by band-members John Collin (bass) with Newman, the 12-track album was recorded primarily at Little Blue in Woodstock, NY and at JC/DC Studios in Vancouver B.C. with additional recording in Austin, Brooklyn and Vermont.