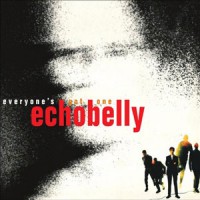 Originally released in 1994, the album turns 20 this year and can be considered to be one of the defining albums of the Britpop era, making the end of year lists in Melody Maker, NME, and Select that year. It is home to the hit singles ‘Insomniac’, ‘Close... But’, and the anthemic ‘I Can’t Imagine The World Without Me.’

EGO is the album that saw Echobelly land a major label deal, tour the world, sell out gigs from Japan to the US, build up fervent fanbases and famous followers including Morrissey, REM (who asked them to be their support band) and Madonna (who wanted to sign them to her label).

The bonus material includes the “Bellyache EP” from 1993, plus the b-sides from the singles and a previously unreleased Steve Lamacq BBC Radio 1 session from 1994.

The set is packaged with brand new sleeve-notes by Sonya Madan and unseen and rare photographs.