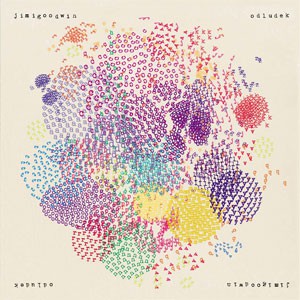 Following Jimi Goodwin’s announcement that he’ll be supporting Elbow on their April 2014 UK arena tour, we’re very pleased to reveal details of his debut solo album, ‘Odludek’, which will be released on Heavenly Recordings on Monday 24th March 2014.

This is the first new music release from Jimi since Doves’s Kingdom Of Rust in 2009 so it’s set to be a very special release indeed.

Jimi on Odludek:
“I wanted to make this mad mixtape… the kind you’d pass back and forth with your mates; eclectic as fuck. That’s the way we’ve all discovered music over the years isn’t it? We join our own dots to make it all make sense. As I got into making the record, it felt like I was proving something to myself, making a point that I could do all this on my own. You know — I can play bass, I can play guitar, I can orchestrate. As the methods changed, the original concept stayed intact. It’s me, powering through ideas, kapow kapow, no pause for breath. It’s not trying to be wilfully eclectic; it’s just a reflection of how I schizophrenically devour music.”

Andy says: Everything you loved about the Doves - Jimi is, after all, the main songwriter- but with a more playful, homemade bent. Fantastic.