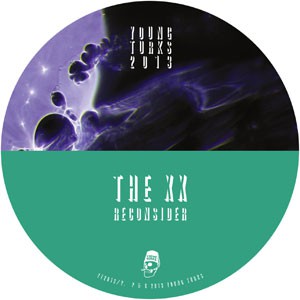 To showcase the exciting releases Young Turks have had throughout 2013, the label are set to release a series of uniquely artworked limited edition 12"s. Each vinyl will feature two tracks by artists affiliated with the label in 2013.

The second of these will be the release of a rare track by The xx split with a track from Sampha’s ‘Dual’ EP. 200 copies only, UK only release.