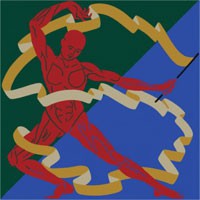 This self-titled debut was recorded by Colin Marston (Krallice, Dysrhythmia) at The Thousand Caves and mastered by Heba Kadry at Timeless Mastering.

‘Survival’ is an album of dark and meditative heavy rock. Syncopated riffs, intricate rhythms and atypical time signatures create dramatic and complex melodic lines that provide a bed for chant-like lyrics. The group operate as a collective, writing lyrics, riffs and singing with one voice. The album is a unique document that harkens back to post-hardcore, Black Sabbath, Magma, Aphrodite’s Child, Creedence Clearwater Revival, Aaron Copeland, The Smashing Pumpkins, and the first wave of math rock.

Survival were formed out of the ashes of Birthday Boyz, whose 2007 tour of China was documented by Vice TV for an instalment of the Music World show ‘Rock Under The Red Flag’.