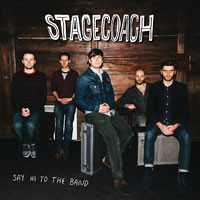 Stagecoach is a pop rock band from the south of England, with a smashing debut album and UK tour coming in May. Huw Stephens span their single 'Map To The Freezer' exhaustively on both his Radio 1 shows. He then invited the band to play the BBC Introducing stage at Reading & Leeds 2010, before naming Stagecoach one of his BBC Introducing acts of the year. In February 2011 the band recorded a live Radio One session at Maida Vale. You may have heard Stagecoach on BBC One's ‘Gavin and Stacey’ Christmas & New Year specials. Channel 4 also used them on season 2 of ‘Skins’. Two of the band’s tracks feature on the international trailer for this year’s breakout British comedy ‘Killing Bono’. The band recently toured with friends Johnny Foreigner, Glaswegian rockers Twin Atlantic and opened for Jimmy Eat World. With a handful of singles and ep's released through indie labels Alcopop! and This Is Fake DIY the first full length album (produced by Rory Attwell) is due early 2013.