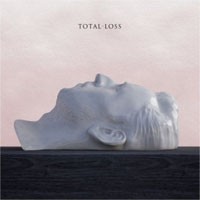 How To Dress Well is the stage name of songwriter and producer Tom Krell.

His debut album ‘Love Remains’ was widely praised for both its conceptual strength and immediate emotional resonance, and saw Krell credited with having given birth to a new, narcotized strain of R&B that has since spawned a host of imitators.

Now we see him pull back the curtain on a whole new body of work with his new album ‘Total Loss’, released on Weird World and co-produced by Rodaidh McDonald (The xx, King Krule).

Philippa says: Following his Tri Angle LP outing, How To Dress Well is back with more of his post-R&B, slow-fi, synthwave-tinted melancholic pop.

‘Total Loss’
When I Was In Trouble
Cold Nites
Say My Name Or Say
Whatever
Running Back
& It Was U
World I Need You, Won’t Be Without You (Proem)
Struggle
How Many?
Talking To You
Set It Right
Ocean Floor For Everything

How To Dress WellThe Anteroom